Three birds of prey. They are fierce, elegant, hypnotic gods, shut up in an adamant silence, the custodians of higher politics that only complies with what Nature dictates.
Masters of power, they have no need to impose anything. Their beastly indifference is enough to make one’s head lower in case anyone, attracted by so much beauty, should ever make eye contact with them.

This work, created for the runway show Costume National Donna fall/winter 2015/2016, consists of three images, scanned and printed several times, uploaded in very high definition and then projected on a large scale.

This is the first of three actions commissioned by Costume National and gives the title to the whole project, also interacting in the shop windows of La Rinascente in Milan (Bubo Bubo, 2015) and of the store in via Cappelli (Gufi, 2015) with other subjects, other careless beings. Ravished in their strict demeanour. Dignified and distant. 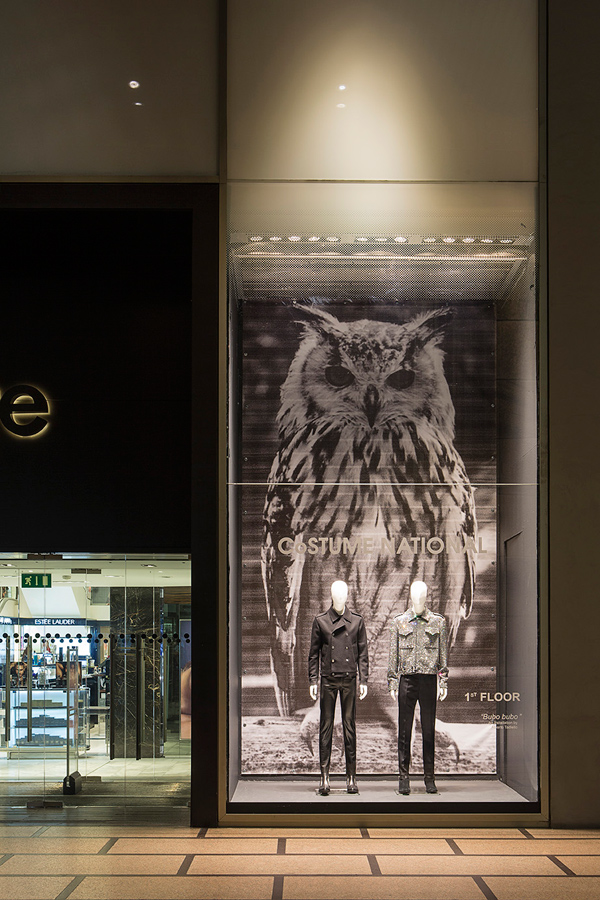 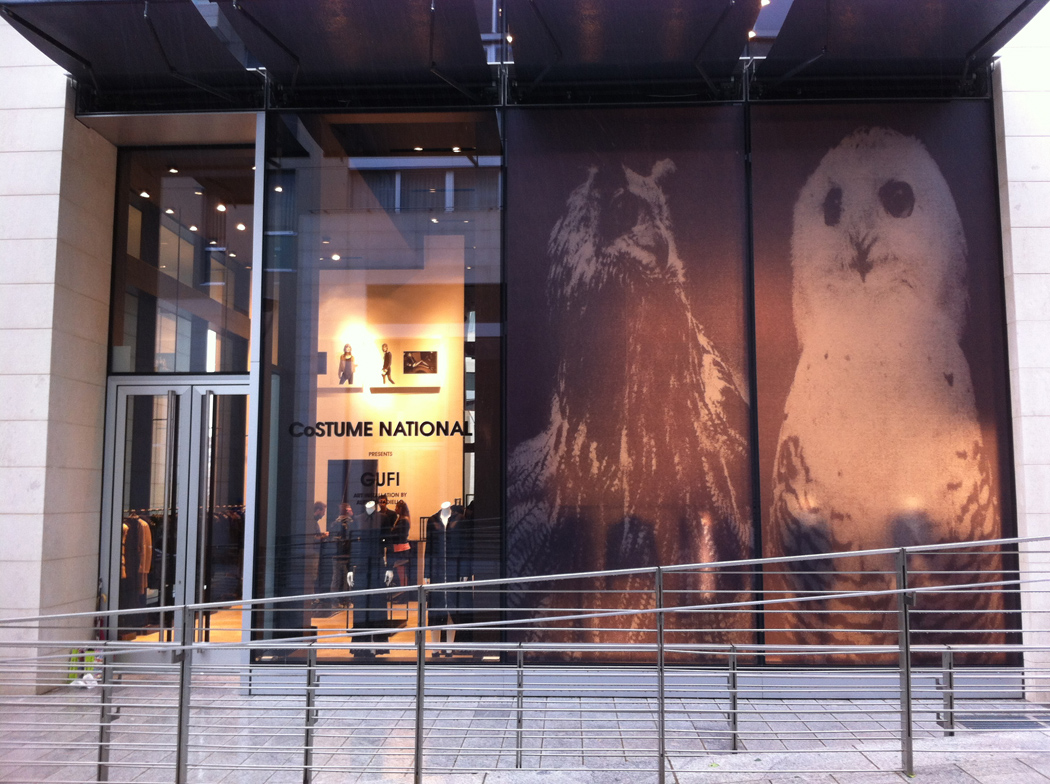