Total Solar Irradiance was presented with the audio work 20kHz for the personal exhibition at Trieste’s Studio Tommaseo after being awarded the Premio Giovane Emergente Europeo Trieste Contemporanea 2008.

It is a series of six drawings made with pencils on black cardboard sheets.
I like recalling 20kHz and matching it for a moment with these drawings. Both works indicate and contain a spectrum. While 20kHz hints at the one, dilated, of slow and relentless transformations, stretched over eras, Total Solar Irradiance is the one and only copy of the spectrum of solar radiation.

I spent hours and hours with the pencil in my hand, reproducing the graphs related to solar light radiations. I decided that the dimension of a sheet of paper could contain them – could be their limit. Time has dilated. My eyes could only watch and trace endlessly those silvery burrs of graphite. I dreamt their frequencies, their temperature, their energy fields. I have not seen or thought of anything else. 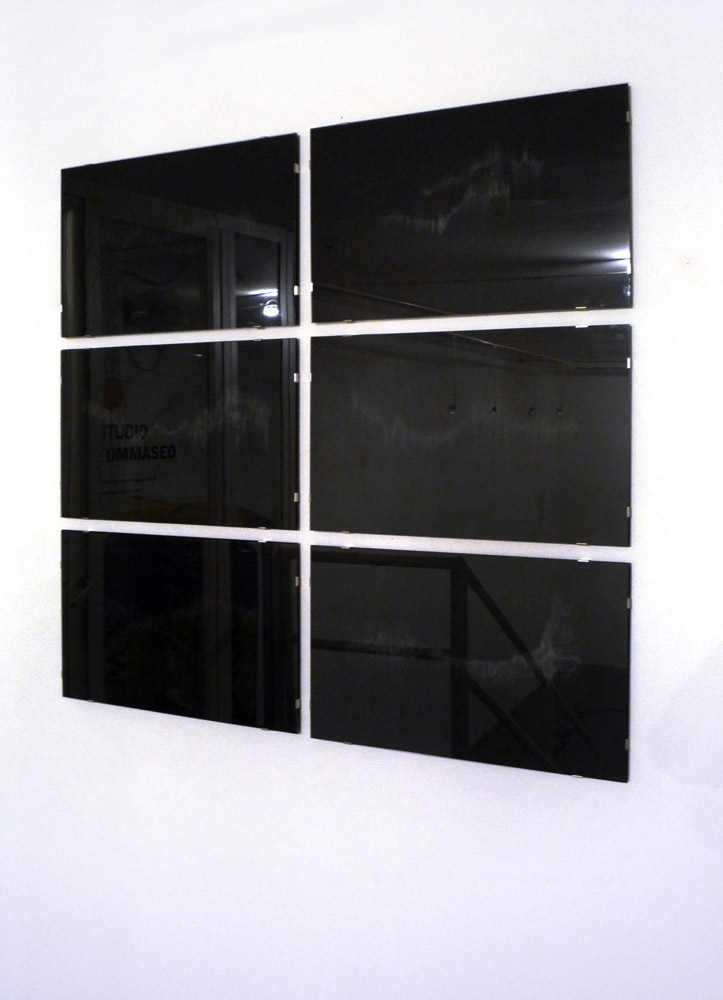 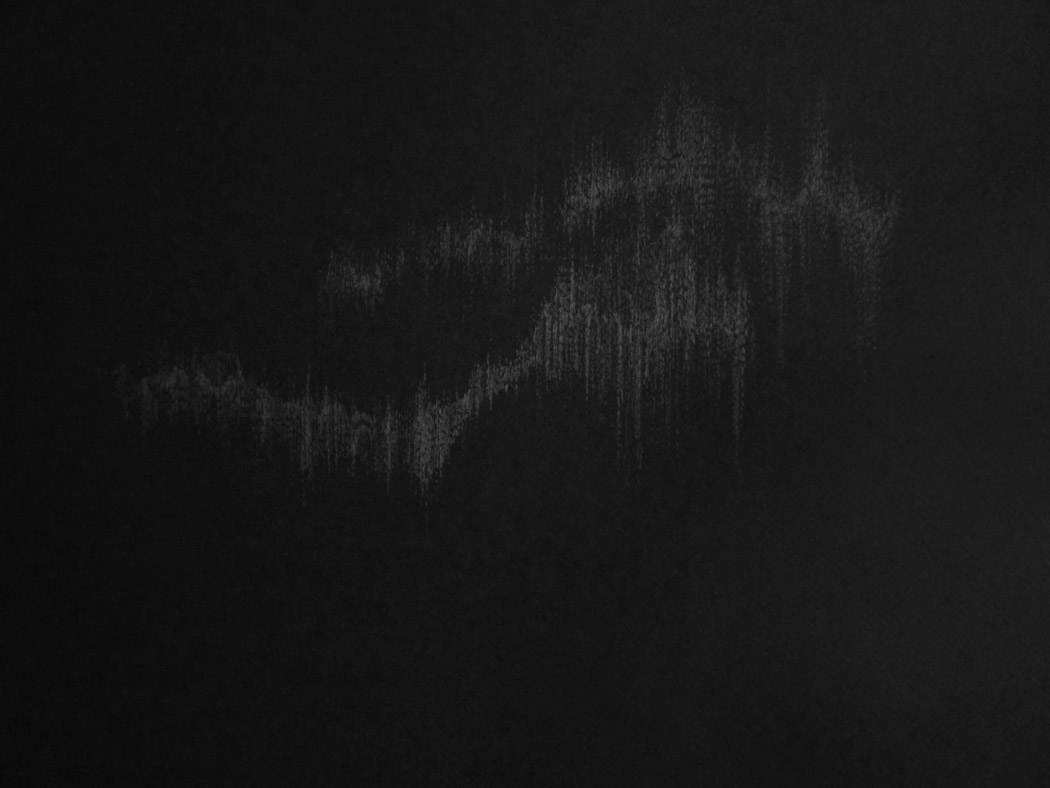