The work is composed of a megaphone and a LED stroboscopic sphere, both pre-amplified. They both read in a loop the same file, stored in a USB stick.
They show themselves as dry – arid. They seem to be nothing but a box and a protuberance, sideways. They look like a car battery, with some gimmicks hooked to it. Something absolutely functional, mixed with the kaleidoscopic whim of a gaze balancing between being a little crazy and just tremendously nostalgic.

Stopping is important, waiting for the track to start.
It moves on its bare stage with the squeaking advancing of a lament*. It’s a crippled foot, dragging on the floor. A chorus that is full of oil and screeches. It barely suffocates – just like someone who forces a hand on their mouth, for the sake of good manners, or to prevent an inhuman excess from becoming hoarse.

*In Italian the term “nenia” can refer to a dirge or a lullaby, but more generally it stands for a monotonous tune. 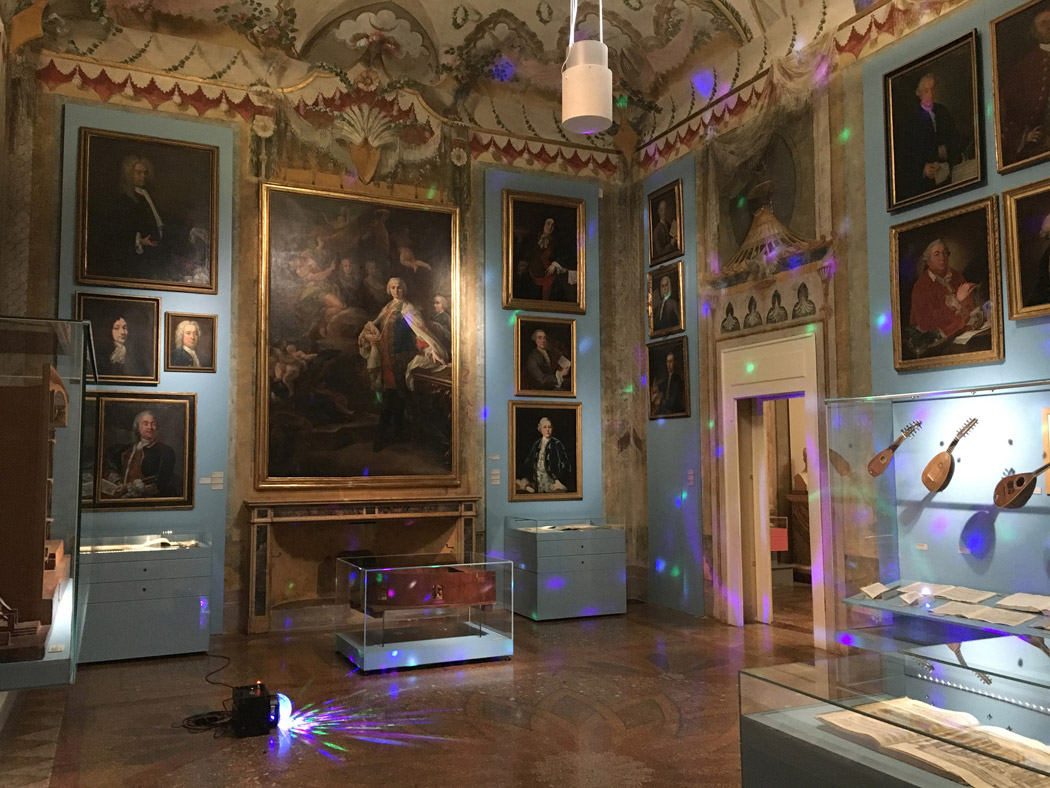