Doppler owes its name to the phenomenon of the apparent change of frequency or wave-length that is perceived by an observer who moves with respect to the wave itself.
The work is composed of two audio files, diffused by a pair of tower-set speakers and by a Leslie, the amplifier used in Hammond organs to create particular sound effects, among which the recreation of the Doppler effect by physically rotating two loudspeakers.
The files, deriving from samples modified by speed changes and by insisting on parameters of echo and reverberation, intersect in a hypnotic game.
The sound that propagates in an omnidirectional way from the Leslie will create a completely immersive background. The two speakers follow it for a while, emanating a warm wave, a sort of bubble, the concentration is then bound to get lost and crumble into a vigorous, vivid sound, comparable to a welding starter, in a grainy, almost chemical clinking that pushes until it rubs the bottom. 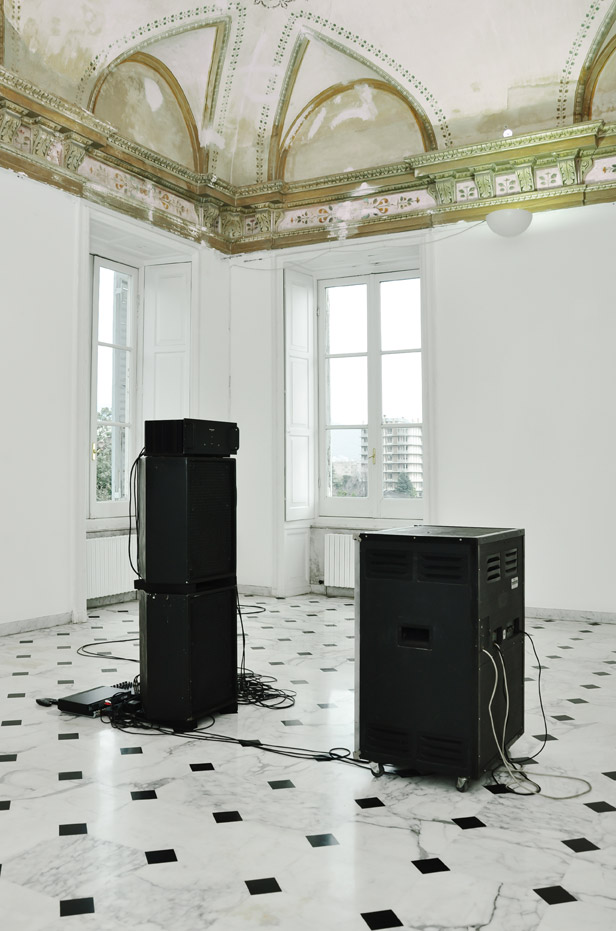 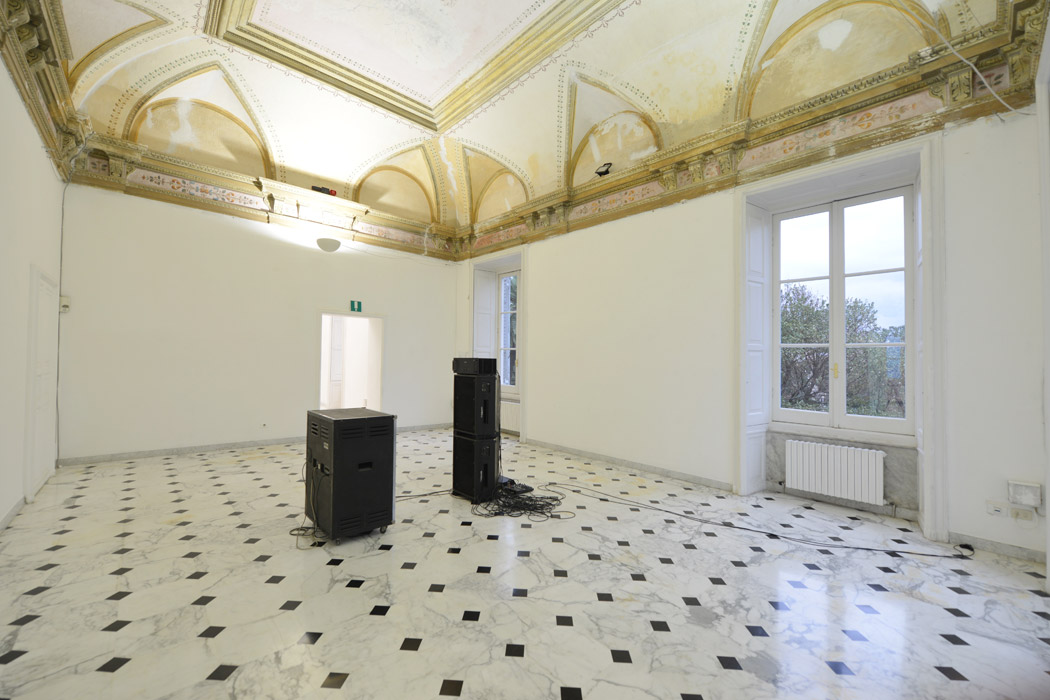